Best Pilgrimage Sites around Thoothukudi for a Weekend Trip

India is a very religious nation and each and every city of our country is full of temples, mosques, churches and other spiritual places. However, there are some cities which are known to be the best religious sites of the region and nobody wants to miss a visit to them. Thoothukudi has several religious places in itself and numerous are located in rural areas of city. However, most of these places are visited by most of the people due to their proximity to the city, hence here are some weekend getaways full of pilgrim sites for the people and vacationers of Thoothukudi. 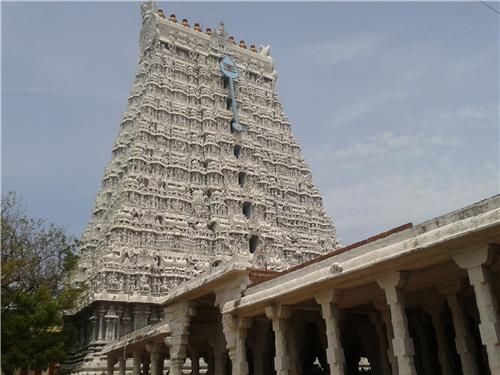 Located in the Thoothukudi district itself, Thiruchendur is a famous town for the devotees of Lord Muruga. Murugan temple by the seashore is the prime attraction of this place and lures thousands of visitors and pilgrims every year. The place is one of the six abodes of the presiding deity Lord Muruga.
Distance From Thoothukudi: 41 Km 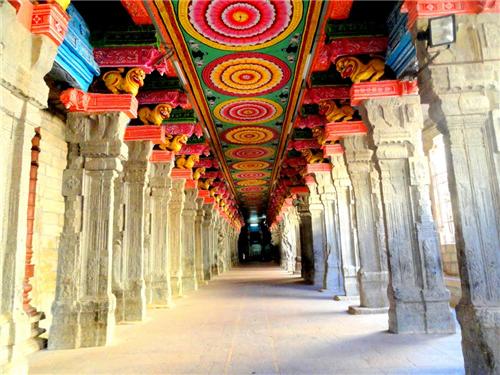 More than 2500 years old, Madurai is known for its temples and spiritual connections among all the people. The place is full of so many temples that it is known by the name of “Temple Town” among the tourists and locals both. Meenakshi temple located here is a marvelous architecture in itself and definitely needs to be visited once you are here. It is also known by the name of “Lotus City” as the city is built in the shape of a lotus.
Distance From Thoothukudi: 142 Km 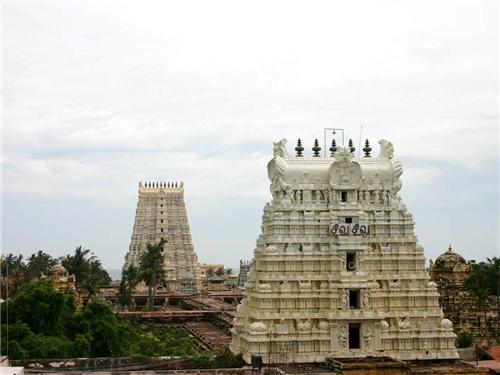 We all have heard the story of the famous bridge built across the sea by the Lord Rama to reach Sri Lanka to kill Ravana. Rameshwaram is a peninsula and sometimes known as Varanasi of South India due to its significance in Hindu mythology.  The place falls in the Gulf of Mannar  and is must visit for all the devotees of Lord Rama. It is home to one of the Jyotirlings and is one of the holiest pilgrimage sites of Hindus. Click here to read more on temples in Rameshwaram
Distance From Thoothukudi: 182 Km 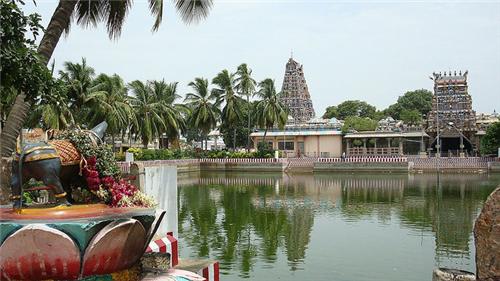 Located in the Sivaganga district of Tamil Nadu, Chettinad is known for its ancient temples. Kandanur Sivan Temple, Karpaga Vinayakar temple, Kundrakudi Murugan temple, Kottaiyur Sivan temple and Vairavan Kovil temple are among the popular temples of the place. Most of these temples are built by the Chola kingdom and are perfect example of the Chola architecture.
Distance From Thoothukudi: 230 Km 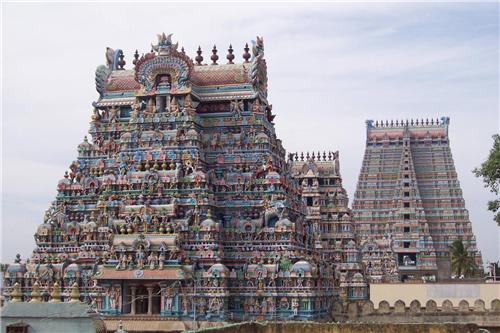 Temples dating back to 1700s are the specialty of Tiruchirapalli, which is commonly known by its short form Trichy. Rock Fort Ganapathi Temple, Sri Ranga Nathaswamy Temple, Samayapuram Amman Temple, Vekkaliamman Temple and Viralimalai Murugan Temple are among the most famous temples of Trichy. St. Lourdes Church is another renowned religious sites of the place.
Distance From Thoothukudi: 271 Km 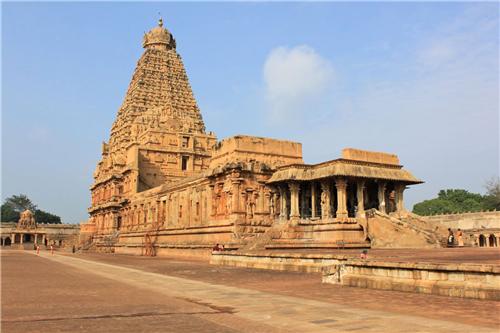