Island is a charismatic word for all the lovers of water and there is no doubt in the fact that most of the people love all type of water resources including sea, rivers, lakes and reservoirs. These places provide us peace in our mind by offering beautiful scenery and awesome climate. Although, all of these places are good, sea has its own charisma, which lures everyone towards it.  As Thoothukudi is situated on the coastal belt of Tamil Nadu, it is home to many great islands. Situated in the eastern side of Thoothukudi district, The Gulf of Mannar offers five coral islands full of great beauty and stupendous ocean wildlife to all the visitors of Thoothukudi from its bucket of 21 islands situated between Thoothukudi and Rameshwaram. 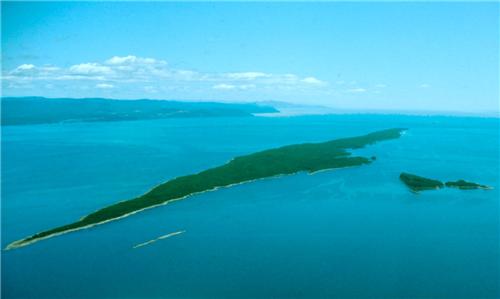 Pandyan Theevu is usually known by the name of Hare Island among tourist and locals both. It is located at a mere distance of about 6 Km in the east of Thoothukudi and is the closest island of the city. Due to its proximity to the city, Hare Island attracts numerous visitors over the weekends all the time. Festival of Pongal is the best time to visit this island, as numerous buses are operated at that time to reach here and a huge number of people visit the island at the same time. It is no doubt the best picnic spot of entire Thoothukudi.

Also known from the name of Church Island, Van Theevu is one of the most popular among all of the islands located in Thoothukudi district. The island is spread over an area of 16 hectares and 56 acres. A lot of people visit the island on a frequent basis in festivals and on weekends and it is a must visit for all of the vacationers of Thoothukudi.

Also known by the name of Karsuvar Island, Koswari Island is spread over an area of 19.5 hectare. The island is located in Tharuvaikulam village of Ottapidaram Taluk of the Thoothukudi district. The distance between the island and the Tharuvaikulam village is about 7 Km. People, who have interest in the sea wildlife find this place a heaven on earth.

Vilangusuli Island is another island located in the village of Pattanamarudur in Ottapidaram Taluk of Thoothukudi district. The island is located at a distance of about 12 Km from the shore of Pattanamarudur and is the farthest island from the shore in the district. It is a perfect place to experiment with your ocean wildlife photography aspirations.