A city known for pearl fishing holds many names in its basket. Some people call it by the name of 'Thiru mandira Nagar', while others prefer to call it as the "Sea Gateway of Tamil Nadu". It is also famous for its ship building industries. Usually the history of coastal areas is a bit different from other regions of the country and Thoothukudi serves as a perfect example to the same. Its history is more inclined towards the attractiveness of trade and commerce via waterways than towards the construction of buildings or an empire. 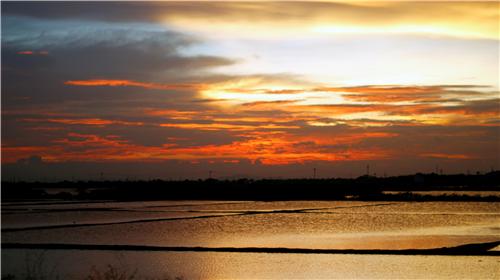 Most of the south Indian cities were part of various Hindu kings and Muslim Navabs, and just like all of them Thoothukudi was also ruled by Pandian kingdom between 7th and 9th Century A.D. and by Cholas during the period of 9th till 12th century. The city was ruled by Portuguese in 16th century followed by Dutch in 17th century and finally by the British in 18th century. The development of the city mainly started with the construction of light house in the year of 1842. As the city was used as a port town, most of the rulers ruled the same for the purpose of trade. For the entire nineteenth century, the minor port of the Thoothukudi anchorage was used for import of pulses, grains, coal, cotton, copra etc. and export of various items including palmyrah stalks, palmyrah fibres, dry fish, salt, cotton yarn and senna leaves to and from neighboring countries. In the year of 1864, the port received its first wooden jetty to function more efficiently. This port used to enjoy heavy traffic for almost over a century.

The town received a municipal status in 1866 and Roche Victoria held the honor of being its first chairman. Later in the initial days of twentieth century, the city became the citadel of freedom struggle. In that phase only, V.O.Chidambaram, a renowned patriot along with another great warrior Bal Gangadhar Tilak, founded the first Swadesi Stream Navigation Company. His efforts were clearly seen on 1 June 1907, when he sailed the first Indian steamer S.S.Gaelia from Thoothukudi. Veerapandiya Kattabomman,  Venni Kalady, Vellaya Thevan, V.O. Chidambaram Pillai and famous poet Subramanya Bharathy were among the famous leaders of Indian independence movement. 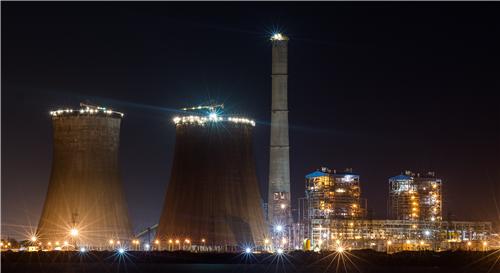 The town always enjoyed its benefits of being a port town and trade has always flourished here. Although, after the independence there was great increase in the trade and handled different types of cargo belonging to the neighboring countries including Maldives and Sri Lanka with other coastal regions of India. To handle the increased trade effectively, the Government of India decided to sanction the construction of an all-weather port here. The newly built port was so efficient that it received the status of being the 10th major port of India On July 11,1974. Later in 1979 both of the old and new ports were merged together to found and the Tuticorin Port Trust.

Post-independence development of the town took place in 1986 with the introduction of a new district, which was carved out of the erstwhile Tirunelveli district of Tamil Nadu. This newly built district was named after V.O.Chidambaranar, a great patriot and national leader of Indian independence movement, hailing from Ottapidaram. Later in the year of 1997, it was renamed as Thoothukudi after its headquarters town name, just like the other districts of Tamil Nadu. Although Thoothukudi received its municipality status in 1866, but it took it 142 years to gain the status of corporation and finally in 2008 it received the same. And the expansion of the same corporation brought us the 60 wards in the year of 2011.

Comments / Discussion Board - History of Thoothukudi